My Daughter-iniLaw brought this old trunk that had been in the family forever and it had seen better days. She asked if I could fix it up so that she could use it? Here is what it looked like.
Herb 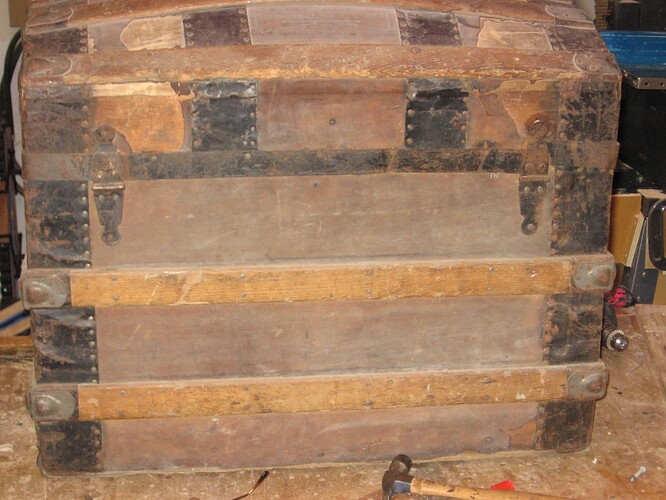 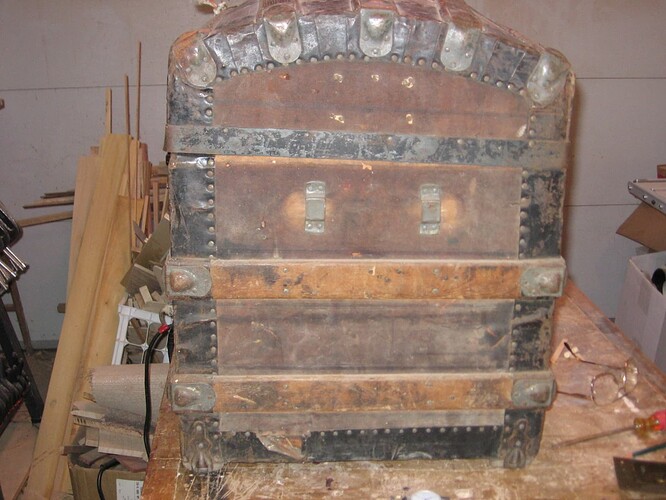 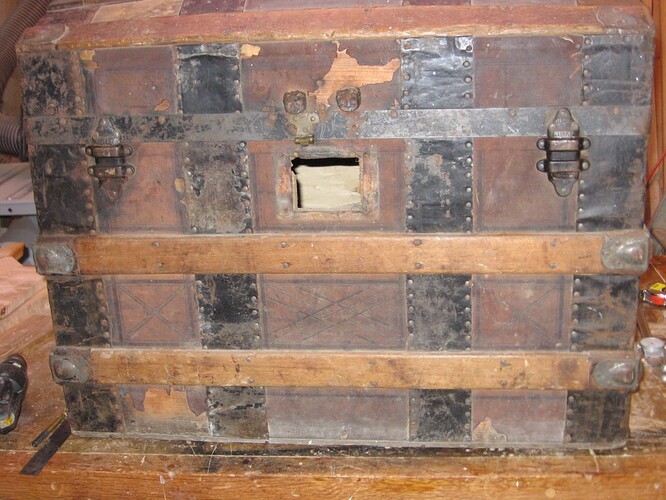 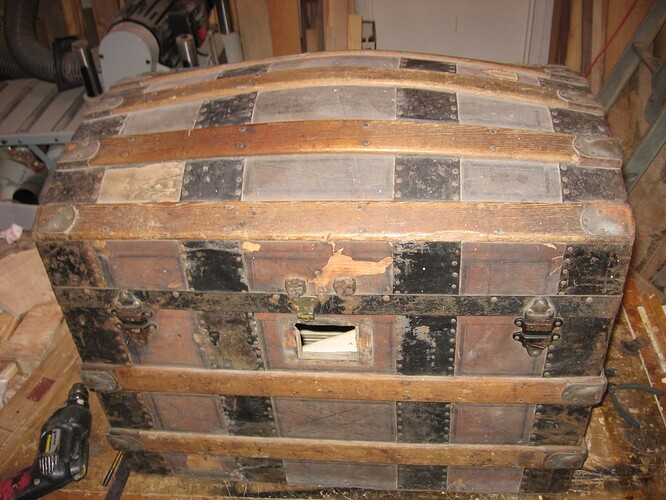 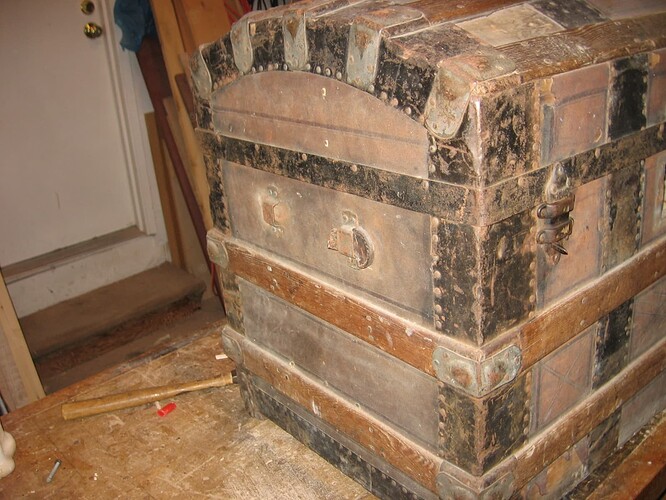 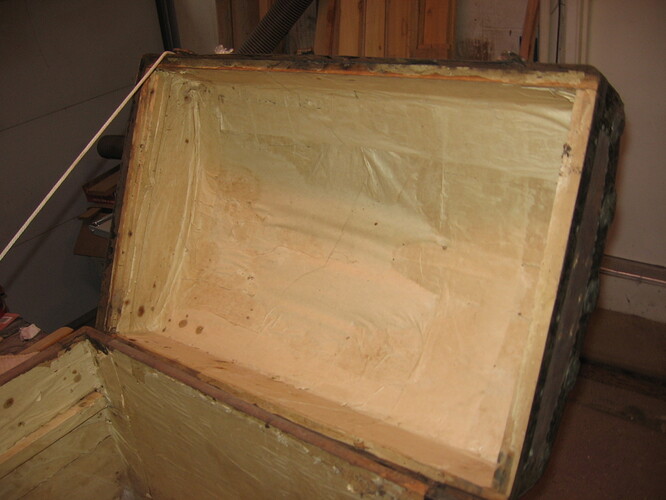 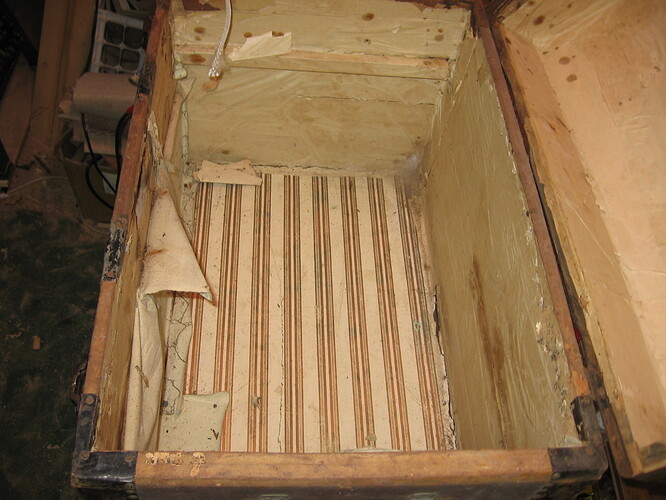 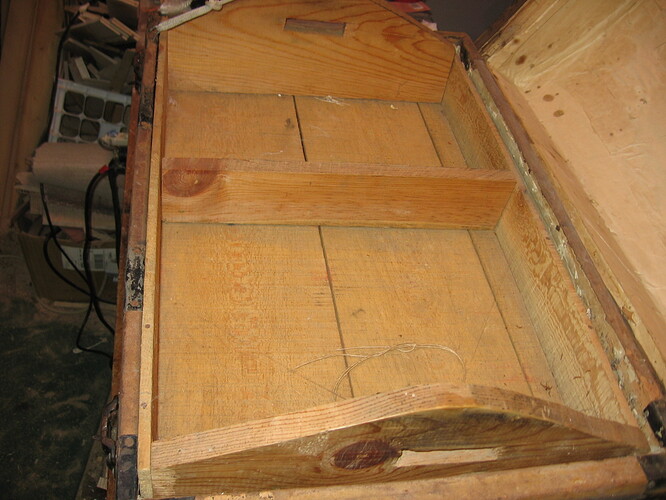 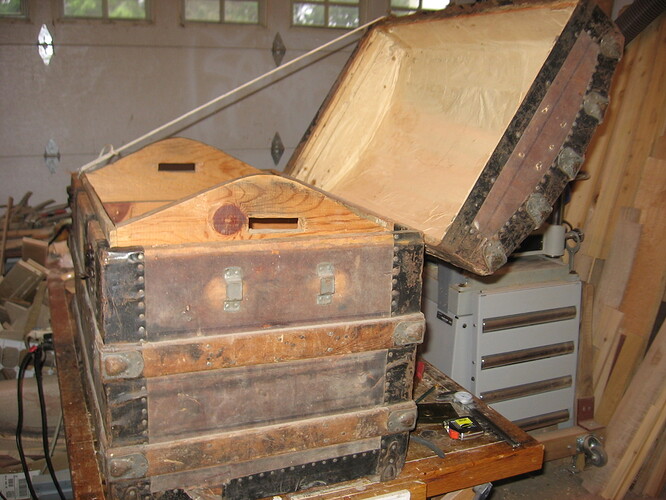 Very cool. The design and condition of the chest totally looks like the one I grew up with and used a lot.

There are several web sites that have repair parts for the Sarratoga Trunks:

The trunk was covered with a thin leather on top of the wood, then thin sheet metal and wooden strips over that. A lot of the spaces between the metal where the leather was ripped and ragged, I cut out the ragged leather. Some of the metal had to be repaired and retacked with small tacks. The lock was broken and missing, so I ordered a new one. All the leather handles and tabs were gone, so replaced those with new ones. then painted the whole thing,wood,leather,metal everything with a dark colored paint.
Inside it was lined with paper and thin fabric. It was stained, moldy and smelly,so it had to be removed. The tray had been replaced at one time with a homemade tray that looked awful, so I made a new one for that.Then I relined the whole inside with red wood that I resawed to 1/4" thick. the hardest part was to bend the boards for the dome,and cope them to the shape of the domed lid. I wrapped them in a towel and put them in a roaster and poured boiling water over them letting them set for awhile til the water cooled. Then I took them and shaped them to the dome while another board was cooking.
After it was all done, I had removed the small steel casters,and made a dolly out of wood with carpet casters so it could be rolled around. 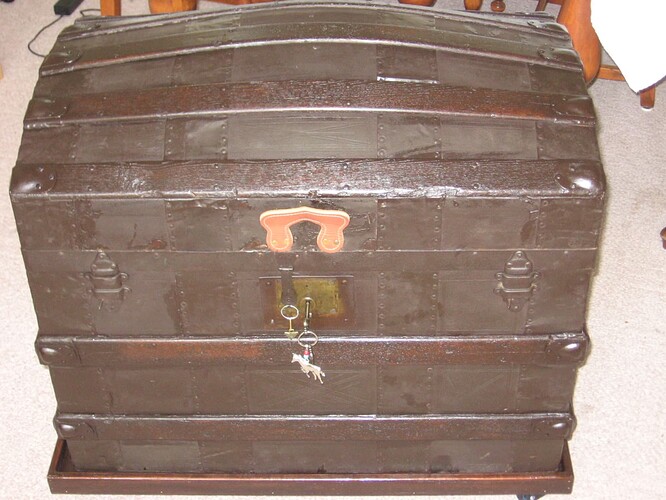 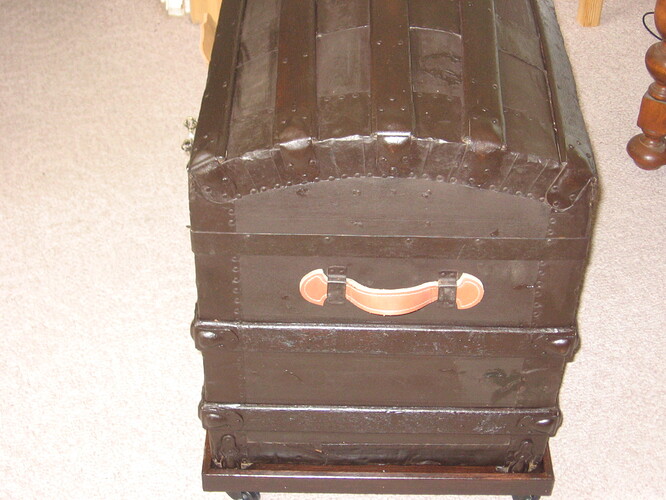 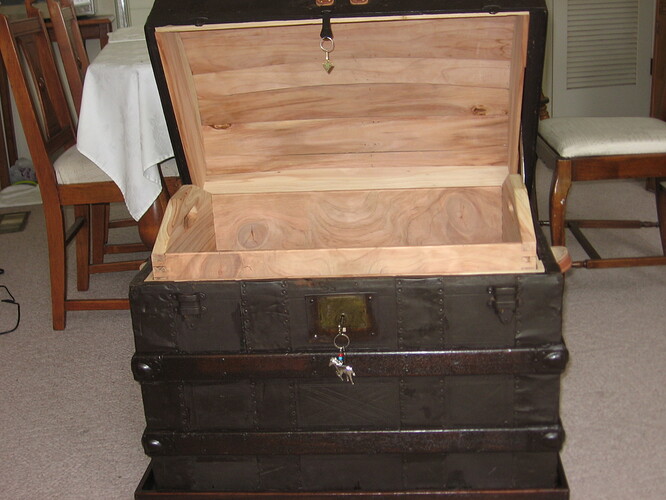 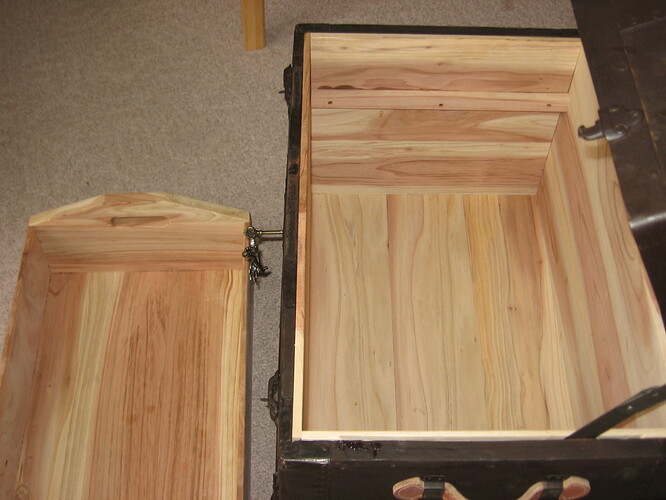 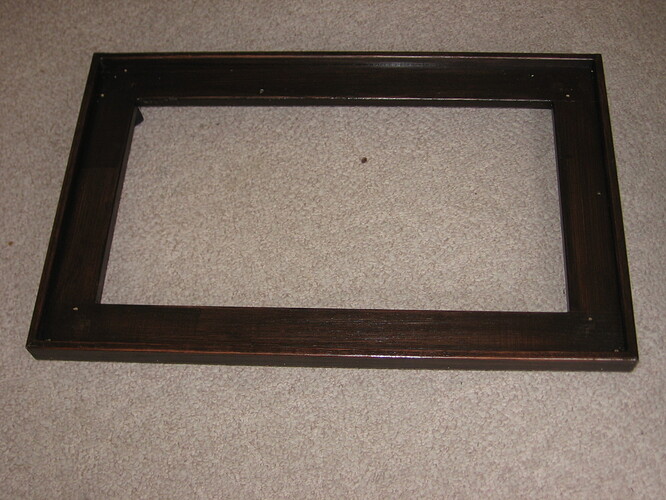 w/ work like that…
you busy next week???
I got a couple of odds and ends around here that need some of your class of attention…