I finished my firewood shed! 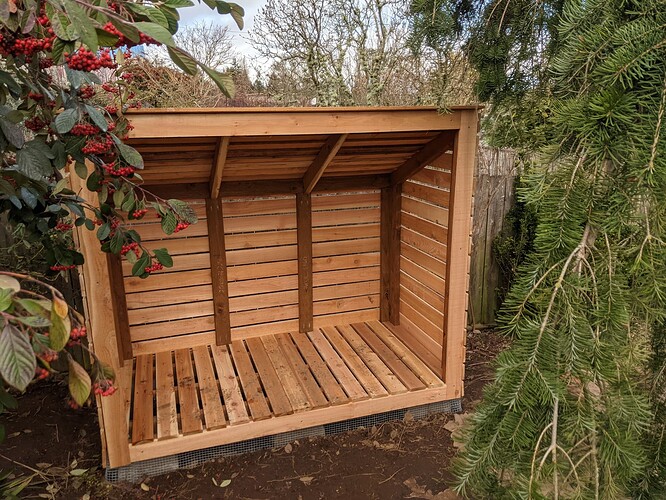 The frame is pressure-treated wood, sitting on deck blocks. The hardware cloth is to prevent any critters from making a nest underneath the shed. 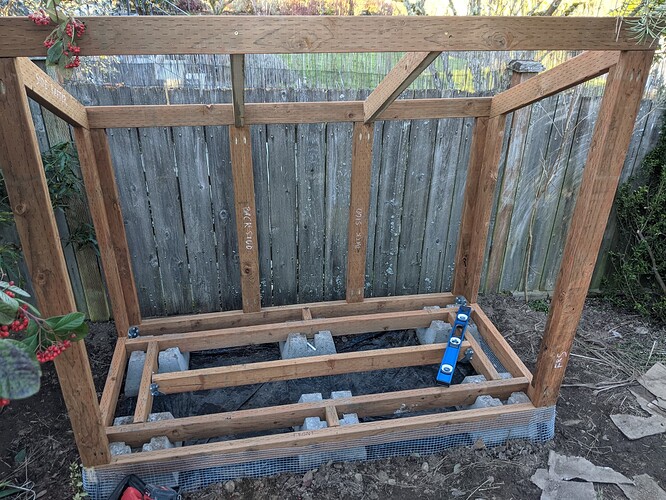 Just leveling the ground and getting that set up was half the project. At first I had made a simpler frame and put the deck blocks on the corners, but they just stuck way out and didn’t look right. After that I made my Fusion 360 model as complete as possible to avoid problems like that, which led to: 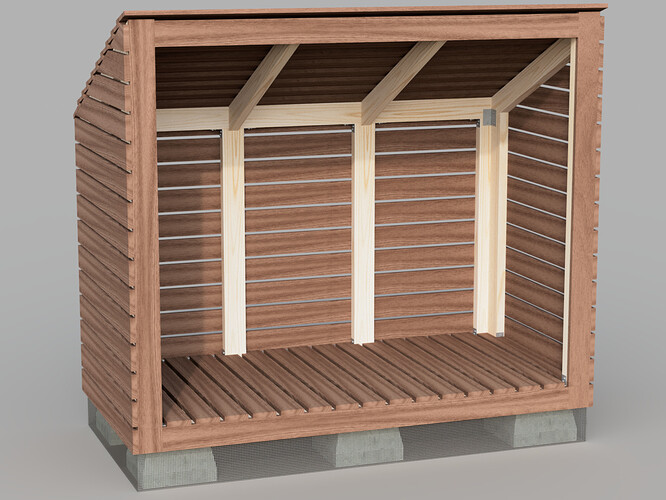 If you look closely you can see I even included metal brackets at the corners. I ended up not using those and using mostly pocket screws to join the frame together. It feels plenty sturdy. But otherwise I’m kind of impressed how close the final looks to the rendering.

Almost every piece I cut exactly to the dimensions the model called for, and it just worked. The only real exception are the pieces near the top of the sides. I suspect that I accumulated too much error by using a spacer between the boards as I nailed them up, instead of placing them with a reference to a fixed point. It was easily fixed, in any case.

Great job, Tim, Looks good too. Now the hard part, filling it with fire wood.
Is it deep enough for 2 rows,one in front of the other?
HErb

It’s 34" deep. So depending on the wood it might stick out just a little in the front, but that won’t stop me. Still dryer than just sitting in the rain.

Are you going to stain/paint it, or leave it natural. I like the look of the grain, but sadly it won’t stay like that.
Herb

I’m going to let it gray naturally. I agree I like better how it looks now, but everything I’ve read says I’m going to have to refinish every few years and I’m too lazy to do that.

Looks excellent @rtwfroody ! Maybe you can build one at my place

Once my flying pig gets out of the shop, I’ll get right on that.